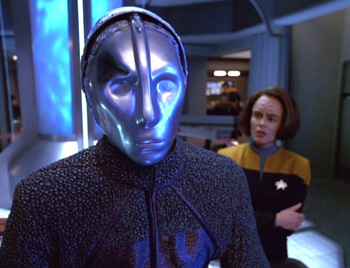 Last time we had robots of this quality, the only Doctor was William Hartnell.
B'Elanna Torres helps bring a sentient android back to life, but then is forced to help bring a prototype android to life while others of its kind are fighting an ongoing war with another group of androids.