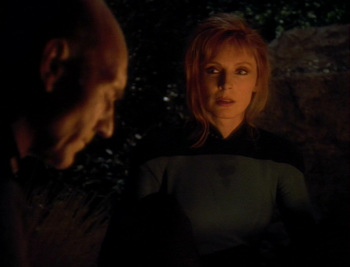 "I didn't know you felt that way."
Picard and Dr. Crusher are kidnapped while beaming down to a divided world, one faction of which is trying to join the Federation. As they attempt to escape from their captors, they discover that they've been telepathically linked.