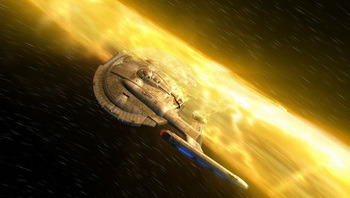 "I have no intention of using this weapon again, provided that every single non-human in our system leaves immediately."
Terra Prime takes control of a particle beam array on Mars and threatens to destroy Starfleet Command and alien consulates if their demands are not met.