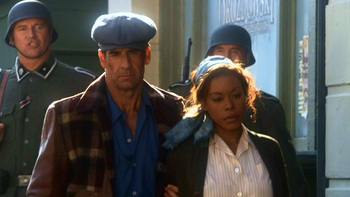 New York has changed a lot since Archer's time.
Advertisement:

Enterprise finally returns to Earth...in an alternate timeline in which Those Wacky Nazis are winning World War II.