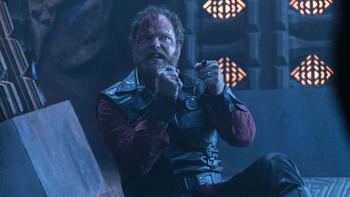 Now what kind of trouble has Harry Mudd got himself into this time?

Harry Mudd has been apprehended by Tevrin Krit, a Tellarite with a grudge, and will attempt every trick in the book to escape before Krit can hand him over to Starfleet for the reward on his head.