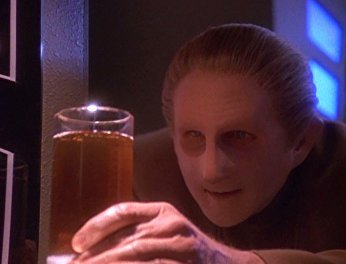 Odo and his new "Baby"
While Kira is giving birth to the O'Briens' baby, Odo adopts an infant Changeling.