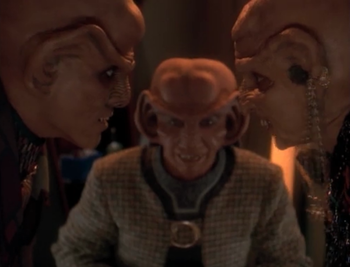 It's the mother of all Ferengi episodes
Rom and Quark are called back to the homeworld to deal with an unusual problem. Their mother has committed the grievous crime of earning profit.
Advertisement: