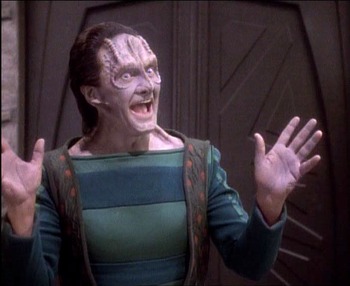 Look, it's the first appearance of fan favorite Garak! (And his "Jazz Hands"!)
Advertisement: