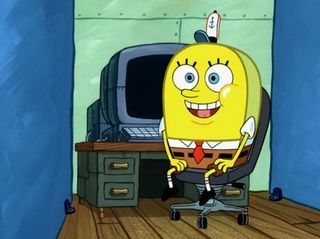 Hi, how are you?
Not Normal

SpongeBob becomes "normal", and it's boring.

Not Normal contains examples of:

SpongeBob wakes up to find everyone in Bikini Bottom has disappeared.