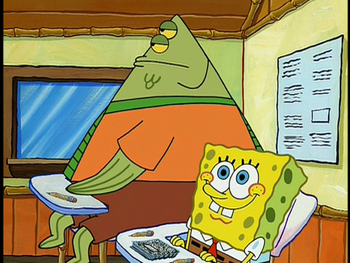 A new student named Flats comes to Mrs. Puff's Boating School. SpongeBob obviously tries to hit it off, but Flats insists on kicking SpongeBob's butt. At first he thinks he's joking, but when he discovers he's serious, SpongeBob begins to fear for his life. 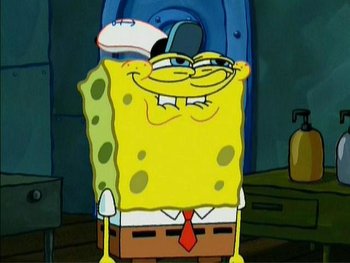 After realizing that Squidward has never eaten a Krabby Patty, SpongeBob goes to ridiculous lengths to get him to try one. But when he does and finds to like them, he tries to hide it from SpongeBob, not wanting him to be right.

Harold: So, ya like browsin' tropes, do ya? WELL WE'LL SHOW YOU, OLD MAN!