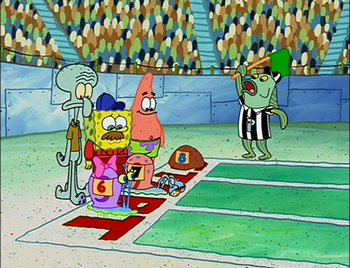 On your mark, get set, slither!
SpongeBob: Looks like we're going to start our training now, ladies! (laughs) I call you a lady to humiliate and demean you. It's a motivational tool we coaches use.
[cut to Sandy walking down the street]
Sandy: Hmm... I don't know why, but I think I'll kick SpongeBob's butt tomorrow.

When Squidward buys a pedigreed racing snail named Snelly and enters her in a snail race, SpongeBob decides to enter Gary in the race as well, not realizing that the training he puts Gary through is too much for him. 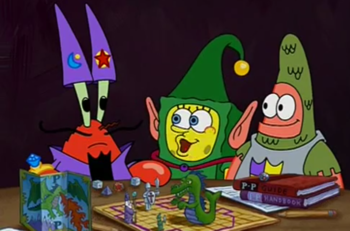 Mr. Krabs is starting to show his age, so he decides to hang out with some hip young people to feel young again. Unfortunately, he picks SpongeBob and Patrick.