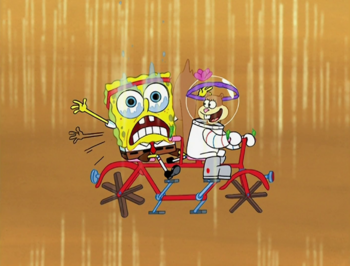 The EXTREEEEEME Episode! To the extreme!
Advertisement:

Sandy has one week until hibernation, so she wants to get as many extreme activities as she can before then. SpongeBob tries to help out, but soon finds himself in over his head. 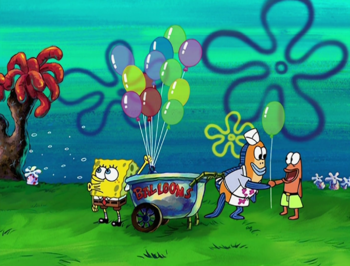 There ain't nothing worse than a thief.

SpongeBob and Patrick discover that Mr. Krabs has a lot of stuff that isn't his. Krabs explains that it's "borrowed" and says that it isn't stealing as long as you give it back before it's missed. Later, they test this out by "borrowing" a balloon, but it pops before they can return it, so now they are criminals on the run! Or so they think...

"Life of Crime" contains examples of:

Example of:
I Can Explain