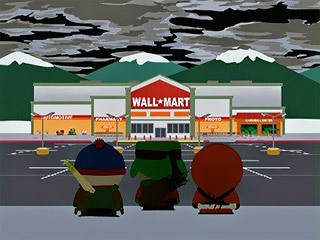 When a new superstore comes to South Park, the townsfolk are torn between their love of the store's low, low prices, and their anti-corporate hatred of the retail giant which has turned the center of South Park into an abandoned ghost town.