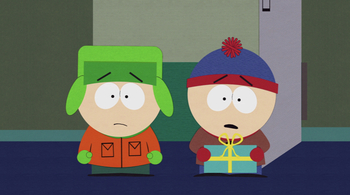 Kenny's Running Gag is Played for Drama when he's put in the hospital for a terminal disease that may kill him. Cartman is determined to get the government to remove the ban on stem cells to save his friend's life.