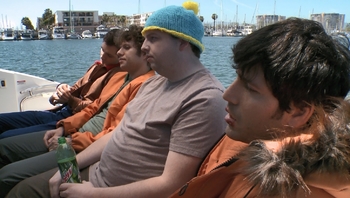 The boys go to the Colorado Mountains to go ziplining, and find themselves fighting for survival when they discover that ziplining causes literal death from boredom.

"I Should Have Never Gone Ziplining" contains examples of: