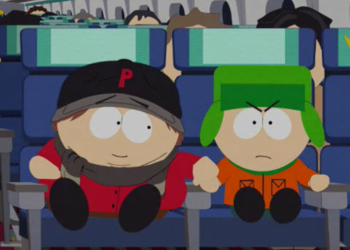 When Cartman has to get a tonsillectomy, the doctors accidentally pump Cartman with contaminated blood and now Cartman has HIV. When Cartman finds out that no one cares about HIV and AIDS anymore, he ropes Kyle in to helping him find a cure.