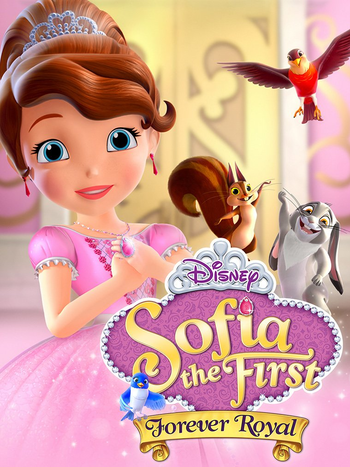 Sofia's greatest adventure ever!
As Sofia, Amber and James prepare for their graduation from Royal Prep Academy, Sofia is called back to the Mystic Isles to face an evil witch named Vor, who plans to take over the kingdom of Enchancia and the Ever Realm. Presented with her biggest challenge yet, Sofia must figure out a way to defeat Vor and save her family and the people of Enchancia.