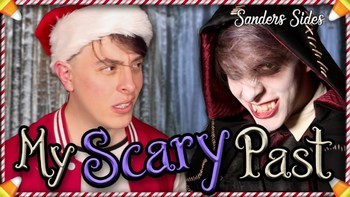 Virgil, to his delight, finally gets a Halloween episode (admittedly around Christmas). However, he discovers that the other sides have accepted him so much as a friend that they don't find him scary anymore. Determined to prove he's still Anxiety and he can still scare them if he wants to, he takes everyone on a journey through Thomas' past phases in his life.