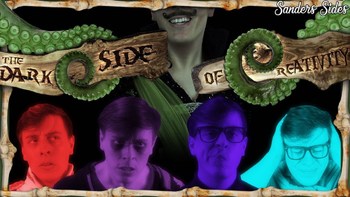 Thomas is off to a slow start this morning, because he was kept up all night by unsettling and entirely involuntary thoughts. When trying to avoid the topic doesn't work, they're forced to confront the problem head-on. Enter: the Duke, also known as Remus. Remus is revealed as a Dark Side who is responsible for the negative aspects of Thomas' creativity — manifesting in intrusive thoughts.