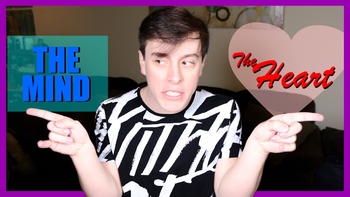 Thomas thinks that he's "an indecisive mess", and he discovers that problem comes from Logic and Dad bickering all the time about what they think it's best for Thomas. Thomas calls them both and gives them some examples of these arguments between them to try and make them reach a compromise.