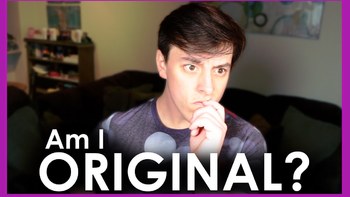 Thomas has decided to do a video where he'll tell the story of his life through vignettes, calling it "Sketch My Autobiography". Anxiety pops up and tells him that's a Draw My Life with a different name, and it's something boring and unoriginal. Princey rises up and asks Thomas to let him get into Daydream Mode, where he'll have full creative control. When Thomas agrees, Princey summons the missing Sides, so that they all do a brainstorm together, trying to find a true, completely original idea for a video, something that has never been done before. However, everything that Princey suggests are nothing but versions of things that have already been done in the past.