The seventh episode of the third season of Rugrats.

Furious that Angelica knocked over his blocks, Tommy wishes for something bad to happen to Angelica, but upon seeing a statue of her, thinks that his wish came true.

Angelica pretends to break her leg so that Stu and Didi will dote on her, and she gets her wish due to a mix-up in the medical records.

It's mostly known as the one with the infamous "Because I've Lost Control of My Life" scene. 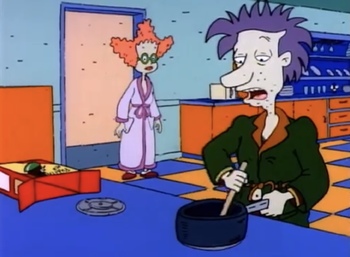