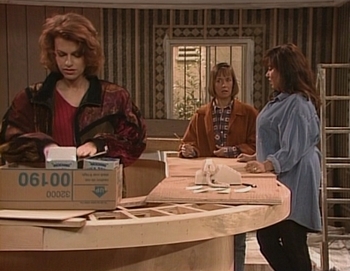 Ladies Choice
Roseanne feels her age when her mother enters a retirement home; Nancy's relationship with Marla surprises everyone.