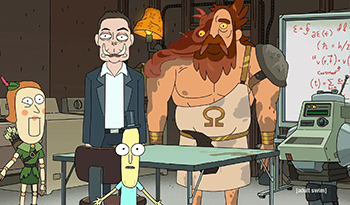 Rick goes on a tear against heists when an adventure with Morty is ruined by someone stealing the treasure before them.