Who Messed Up the Treehouse? 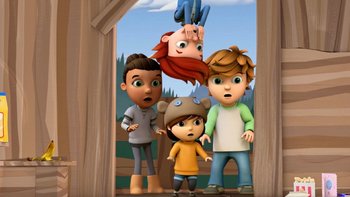 Each kid brings their personal project up to the tree house, and each contributes to a huge mess. Now they can't do anything in the tree house because it's too messy, but none of them want to clean up the other's mess. They have to learn to share the responsibility and clean it together. 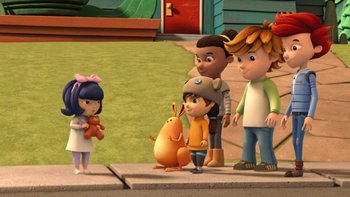 When Mindy tells Jet that clouds are made of cotton candy, and defends this idea because she heard a friend say so, Sean and Sydney set out to show her how to separate fact from fiction through research! Celery takes them up into the clouds to see for themselves.