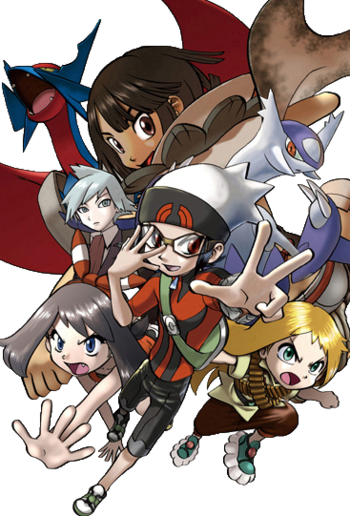 The Omega Ruby & Alpha Sapphire Saga is the thirteen saga of the Pokémon Adventures manga. It ran for 22 chapters.

Loosely based on the events of the Delta Episode in Pokémon Omega Ruby and Alpha Sapphire and set around the same time as HeartGold & SoulSilver, the Omega Ruby & Alpha Sapphire saga follows Ruby, Sapphire, and Emerald as they try to learn the secrets of Mega Evolution to prevent the world from being struck by an incoming meteoroid.

This saga contains the following tropes: