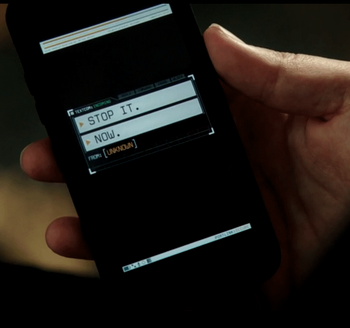 You foolish woman. You don't understand. You're not in control of anything. You're just the clean-up crew. You're the janitor.
—Finch
Advertisement:

When Samaritan abruptly denies the government access to a suspected terrorist's laptop, and then turns off the flow of information just to show who's boss, Control becomes suspicious and embarks on a little field work of her own. Meanwhile, Gabriel infiltrates the White House with a message for the President, and Reese and Root are on a Roaring Rampage of Rescue looking for Shaw.