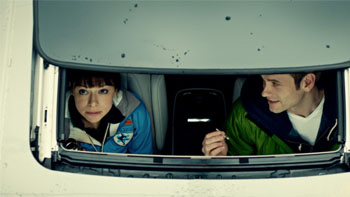 Am I "Rainy Day Woman #12...or 35?"
Sarah's actions pit the Orphans against each other as she tries to plan her next move. As Paul tries desperately to cover up Sarah’s existence, Alison takes vengeance on her suspected monitor, which could cost her everything she holds dear.