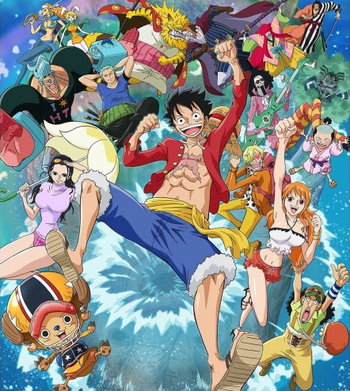 With Doflamingo defeated and Dressrosa liberated, Luffy, Law, Zoro, Usopp, Robin, Franky, Kin'emon, and Kanjuro head on to catch up to the rest of the Straw Hats and the Heart Pirates. Unfortunately, Luffy and Law are now targeted by new enemies, complicating their trip to Zou, an isolated country on the back of a moving elephant that serves as the home of the Mink tribe. Further complications arise when, upon their arrival, the group finds the Minks' cities destroyed and one of the Straw Hat members missing, along with more revelations that will further shape the journey of Luffy and his ever growing band of comrades.