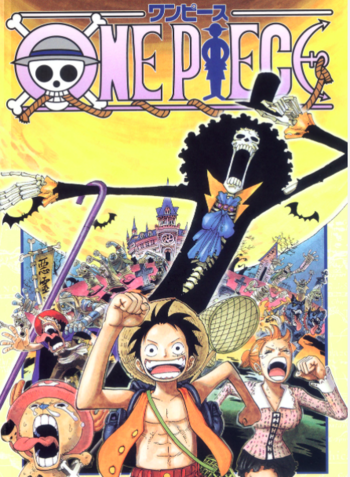 Everybody, ZOMBIE NIGHT!
The next stop in the Straw Hats' journey brings the crew across a ghost ship where they meet a talking skeleton, Brook, who seems friendly enough. But this meeting leads the Straw Hats getting trapped on a rather spooky island filled with bizarre monsters. What's more, the place is run by another Warlord of the Sea, Gecko Moria.