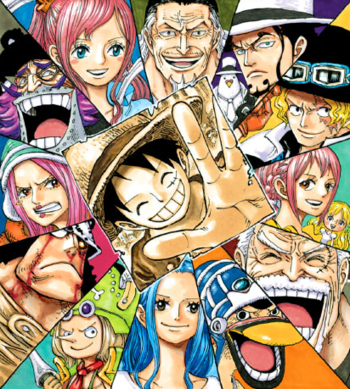 After rescuing Sanji and escaping Whole Cake Island, the Straw Hat Pirates head to Wano to reconvene with the rest of the crew. Meanwhile, the major players from the governments around the world convene at the Holy City of Marijoa for the latest Reverie, with Vivi and Cobra intending to demand answers about long-held government secrets...