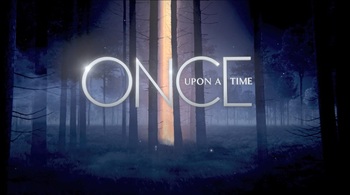 As Emma becomes more and more convinced she needs to flee Storybrooke with Henry, Zelena's time portal reopens, and investigating it ends up pulling her and Hook in. In the Enchanted Forest of thirty years ago, Emma accidentally stops her parents from meeting, and sets off a chain of events that could risk her not existing. While Rumplestiltskin aids them in figuring out a way to reopen the portal, Emma and Hook must find a way to get history back on track.