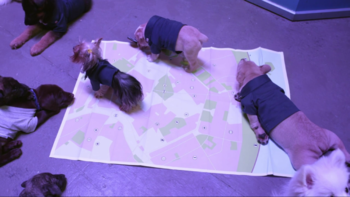 Everything's Precious With Puppies, especially when they're wearing Odd Squad jackets!
And Then They Were Puppies

When every agent turns into a puppy, it's up to Agent Ohlm to save the day. 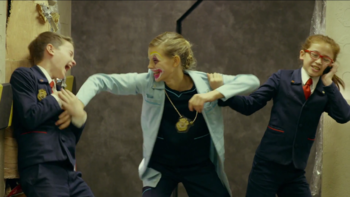 Otis is enjoying this Friendly Tickle Torture a little too much.

A Case of the Sillies

When Dr. O catches a case of "The Sillies", Ocean and Oona must collect all the ingredients to make a curing antidote.