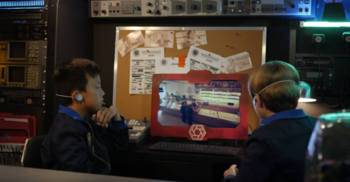 Clearly, Owen hasn't gotten over his jealousy of "the fancy-pants agents".

Security agents Owen and Ohio secretly provide backup on a case so they can have a pizza party. 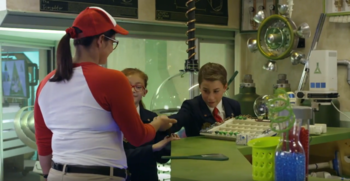 Don't take money from other people without asking first, or you will be forever cursed with horrific bad luck.

Show Me the Money

When an unlucky coin is accidentally released into the public, Olympia and Otis must retrieve it before the world ends.