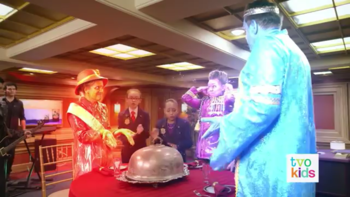 The most innuendo-filled episode this show has ever produced.
It Takes Goo to Make a Feud Go Right

Olympia and Otis are tasked with calling a truce between feuding guests. 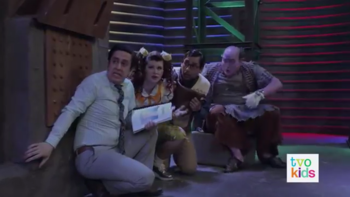 As idiotic as adults are in this world, these four maybe aren't so idiotic...
Friends of Odd Squad

Ms. O leaves headquarters in the hands of an unlikely crew.