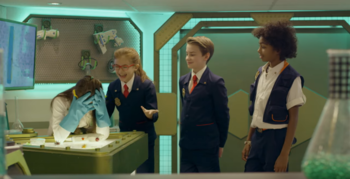 Oona's about to Drop the Hammer on her co-workers if they don't stop driving her to insanity.
The Cherry-on-Top-inator

Agents talk about their most beloved gadget, the Cherry-on-Top-inator, because they don't want Oona to destroy it. 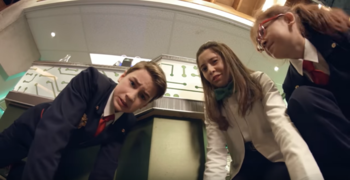 What happens when you take Breaking the Fourth Wall Up to Eleven.
Sir

Agents Olympia, Otis, and Oona help a man with an odd problem.