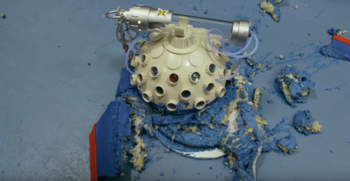 This is not a Photoshopped edit. This is an actual character's death, shown onscreen.
Extreme Cakeover

When a virus that turns people into cakes spreads through Headquarters, Olympia and Otis try to contain the outbreak. 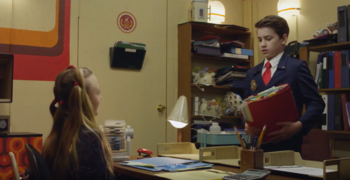 The only reception office where the receptionist will personally go out of her way to...inconvenience you.
A Job Well Undone

Olympia and Otis compete with Orson to win Agents of the Month.