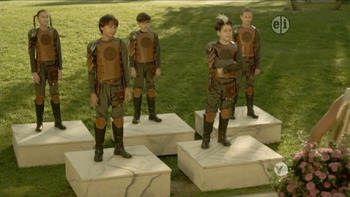 Odd Squad agents compete in Olympic-style games to determine who gets to be Ms. O for the day. When Odd Todd is chosen to participate, he works to strategically eliminate each agent in the games so he can shut down Odd Squad forever.