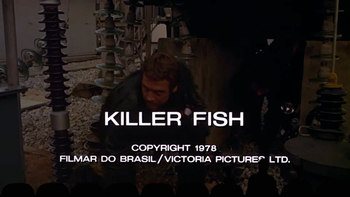 "Yeah, this is just a placeholder. We're obviously not going to call it Killer Fish."
Advertisement:

Ollie sighs in annoyance as everybody else laughs at him. "That's it. Laugh it up. It's art."