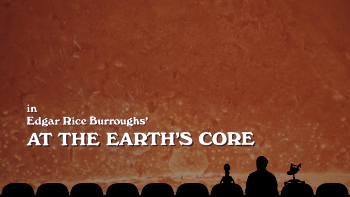 "'Edgar Rice Burroughs'—they're really trying to spread the blame around."
Kinga Forrester: And Jonah, in your final remaining hours of freedom, I give you a magnificent feast of ill-fitting creature suits, Anglo-American semi-racism, and Doug McClure.
TV's Son of TV's Frank: It's actually kind of fun.
Advertisement:

Film featured: At the Earth's Core.

Burning lizard roars, falls off a cliff, and explodes.