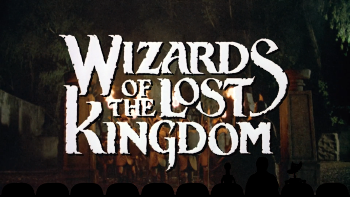 "Check in the car! Did you guys leave it in the car?"
Kinga Forrester: Jonah, your experiment is a fantasy quest full of magic and whiny brats, in which the most charismatic character... is a hat.
TV's Son of TV's Frank: I'll tell you who was living in a fantasy world—the people who thought they were making a watchable movie!
Advertisement:

Scrying pool explodes. "Damn him! He has beaten me this time, Bobino!!!"