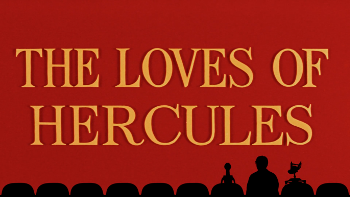 Film Featured: The Loves of Hercules.

The hydra lightly smacks Hercules with its wing and he falls to the ground with exaggerated spins.