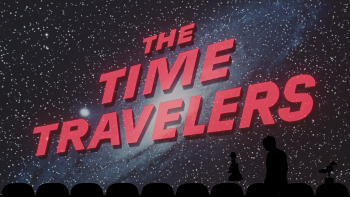 "What a cool-looking title. Hey, let's build a movie around it!"
Kinga Forrester: Now, your experiment today is about bending time. Namely, making seventy minutes feel like forever.
TV's Son of TV's Frank: It's a tale of mutants, androids, and really icky future nookie.
Advertisement: