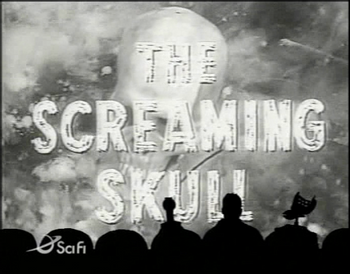 Okay, who turned up the heat on the hot tub?

"Remember folks, if you die of boredom you do not get a free coffin. Sorry."
— Crow T. Robot, Mystery Science Theater 3000

The presentation of Robot Rumpus as examples of:

The presentation of The Screaming Skull as examples of:

(Eric throws a stool at a skeleton)