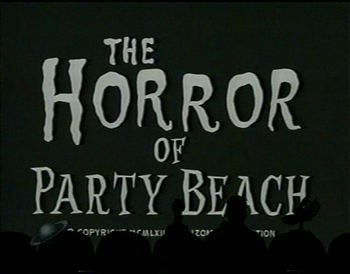 The MST3K episode provides examples of:

[Man in Speedos shakes waist during a song]