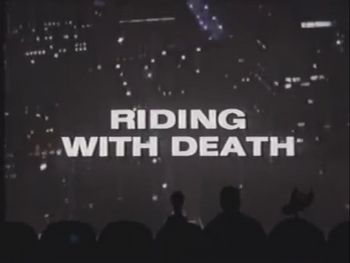 ...and believe me, Death does not pony up for gas.
"That Abby. She's some gal!"
—Sam Casey
"I'm sending you the worst movie I know: it's called Riding with Death and it sucks on toast!"
—Mrs. Forrester

The Mystery Science Theater 3000 presentation of Riding With Death featured: