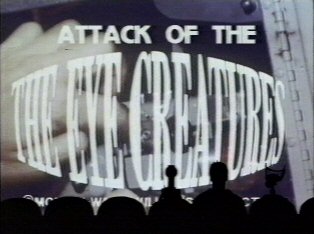 Did Mel Tillis write these titles or wah-huh?

(Mike, in a technicolor sweater, hangs up)
Crow: The the end! Let's let's go!