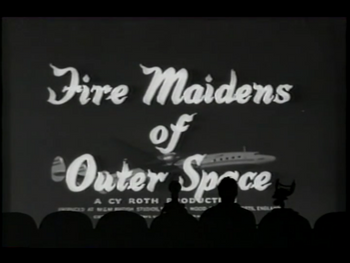 I am the maiden of hell fire!

(Larson throws a goblet into the wall, noticing it)