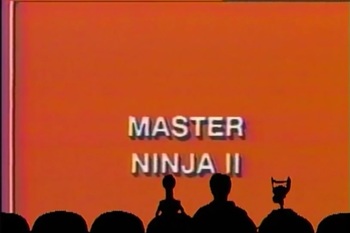 MST3K had planned to air the third of the Master Ninja movies in the sixth season; unfortunately, the plans fell through, and they aired Samson vs. the Vampire Women instead.

This episode contained the following tropes: