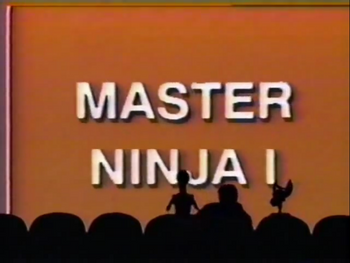 A wandering ninja I.
Advertisement:

"All told, we covered four hour-long episodes of this show. Of those, two plots involve small towns in America's heartland ruled by vicious, murderous industrialists working hand in hand with El Salvador-style police. Understand, I too have misgivings about unfettered capitalism. I'm just not sure this kind of thing exists. I think it's Hollywood's idea of the Midwest. I may be wrong. If any of our viewers know of places where shopping-mall developers routinely kill until their semi-secret graveyards are filled to bursting, I'd like to hear about it. If you yourself live in a town like that, for God's sake let us know! Maybe MST can help."

This episode contained the following tropes: